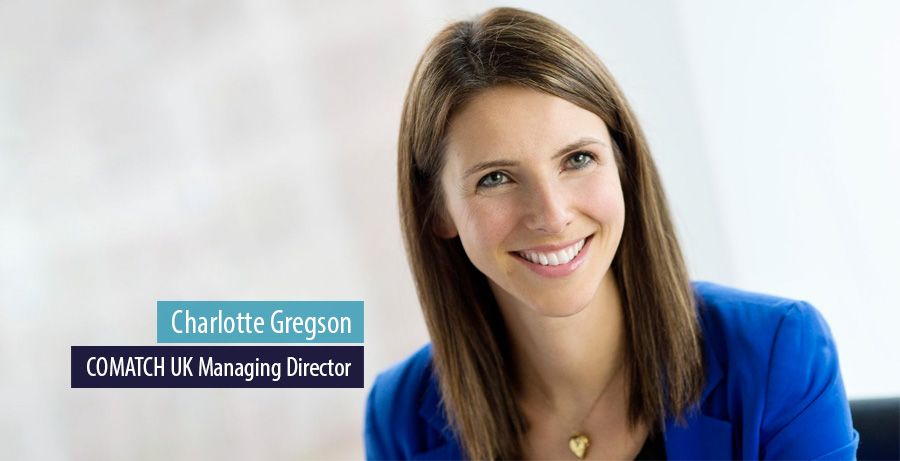 Independent consulting work now accounts for over a fifth of the industry’s annual revenues – and according to COMATCH UK Managing Director Charlotte Gregson, the only way is up for the emergent market. Speaking to The Telegraph, Gregson explained that thanks to new digital platforms like COMATCH, SMEs can access a wealth of consulting talent with improved results and lower cost, in comparison to established firms.

Charlotte Gregson joined COMATCH in 2018 – as the firm prepared to launch its UK operations. The UK’s freelance consulting sector is experiencing a period of rapid expansion, as former employees turn their backs on life at firms amid the allure of a better work-life balance and the suggestion of better pay. Looking to capitalise on that demand, European start-up COMATCH launched in Britain to provide independent consultants with a platform through which to reach clients.

In the two years since, COMATCH has rapidly become one of the UK’s go-to platforms for independent management consultants and industry experts. Having set its sights on the globe’s largest freelance hub, in Britain it has continued to add new talent to its network apace, with Gregson – who is the company’s national Managing Director – revealing to Consultancy.uk in September 2019 that it had doubled in size in less than a year. Now, speaking to British paper The Telegraph, Gregson has further outlined the firm’s rapid expansion.

“Management consultancy was created for the big corporations and for many years they were the biggest beneficiaries,” Gregson argued. “Not any more. The SME sector in the UK includes dynamic and innovative companies with big ambitions. Over the past year at COMATCH we have worked on more than 1,200 projects with SMEs to get their businesses ready for the future.”

COMATCH is the leading online marketplace in Europe for independent consultants and industry experts, and as Managing Director, Gregson currently oversees all operations for the UK and Ireland. As a result, she is perfectly placed to see the driving forces behind the trend of clients moving toward independent consulting over the last two years.

She explained, “As SMEs look for sustained growth, for example through embracing digital and other new technologies, getting the right expertise at the right time is critical in ensuring they grasp the full potential of these opportunities. Traditional management consultancy cost structures were beyond the budget of many SMEs, and the lower-cost alternative of finding independent professionals in a timely manner was hard if not impossible, dependent as it was on personal networks.”

According to Gregson however, digital disruption means this has well and truly changed. New technology has enabled small and medium enterprises to tap into independent consulting resources easily, and with a degree of quality control that means they need not feel they are taking some kind of risk by veering away from major firms like the Big Four.

Gregson explained this is the key factor behind COMATCH’s global success. With an international network of more than 10,000 vetted independent professionals, the start-up is ideally suited to SMEs looking for additional capacity and capability that can be deployed in an agile manner, while also cutting down on external consultancy costs.

Due to the ease with which SMEs can now access consultants in this way, one-fifth of UK’s annual £10 billion management consulting spend now goes to independents, while a Source Global Research poll also revealed that they believe they receive higher-quality work from independent consultants than they do from traditional firms. Looking forward, Gregson told The Telegraph she expects these factors will see the steep upward hike in demand for independents continue well into the new decade.

She concluded, “Now that these structural problems have finally been removed, we’re seeing a step change in SMEs taking advantage of newly available expertise in order to grow and develop. Since 2015 we’ve observed 150% growth in consulting spend by our European SME clients (those with fewer than 3,000 employees), and among these the biggest share is from those with 500 or fewer employees. The demand for consulting has always been there for smaller companies; it has just taken a while for the technology to facilitate access. Independent consulting is now an essential resource for enabling SMEs to accelerate faster towards their ambitions.”

How can we help you?

Contact us at the Consultec WP office nearest to you or submit a business inquiry online.
cute teen likes riding.hentai videos